Church of the Promise

Grace Kids: A Church for Children 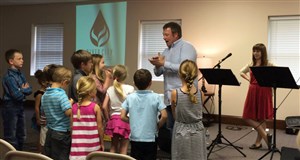 Being a multisite congregation gives River City UMC in Jeffersontown a lot of advantages. Because we belong to a larger and more established church, we immediately have a youth group and can be a part of large mission events, such as foreign mission trips and health clinics and have access to resources that most church plants don’t.

We have a deep partnership with St. Matthews UMC that will help River City grow to a self-sustaining church. St. Matthews and River City are convinced that we can reach more people in Louisville with the love of Christ together than we can apart.

River City launched weekly services in October 2015. Our meeting space is located at the Louisville Campus of Campbellsville University. By late 2017 regular church attendance had grown to an average of about 70 each Sunday.

Here’s what some of our attendees had to say:

“My family & I enjoy the fellowship and acceptance at River City. Even with our Catholic upbringing, we feel welcome at River City. Pastor Derek has welcomed us to participate in all church functions, and the congregation has the same open-arms mentality. We are thankful to have become involved in a congregation like this.”

“We enjoy the open, inclusive and relaxed atmosphere at River City. Through their message of outreach and involvement in the community, it allows you to truly see how God works in every one of us.”

“I love how welcoming River City is! The congregation isn’t all that similar to me in terms of age and life situation, but I still feel like I belong, which is pretty great. I also really appreciate how empowering and uplifting the sermons are while still being realistic and honest.”

Church of the Promise 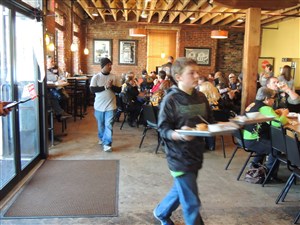 In January 2002, three people began to meet in the Chapel of the Center to read scripture communally and to pray. The agenda of the meeting was to discern if planting a church in Louisville’s Portland neighborhood was the next right thing to do.

In 2005 the Portland Promise Center purchased a historic warehouse located at 1800 Portland Ave. with a vision to create a hub for spiritual, economic, and leadership development. In 2012 several families from the Portland Promise Community of Faith, with the support of the UMC, launched a new church called Church of the Promise. T

he new church renovated a section of the warehouse and took up residence in what they named the Promise Building. In 2015 the church established a nonprofit organization called Promise Community Development Corp. The corporation purchased the building and began to dream of ways to address the economic challenges in Portland through social entrepreneurialism.

The dream turned into reality in the fall of 2015 with the opening of the Table Café, a sit-down restaurant that serves locally grown food with amazing taste, at an affordable price, where all can enjoy the flavor of community. The Table operates under a pay-as-you-can model and provides a place where our neighbors can dine with a purpose.

The seasons of planting seeds of God’s love and watering those seeds with faith and hope continue. God will cause the growth, and only time will tell where this great story goes next.

We would love for you and your family to join us and to be a part of this amazing story! 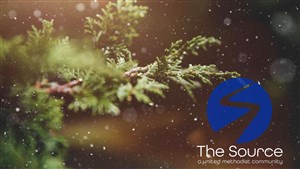 The Source, a multisite congregation of Southern Hills in Lexington, specialized in reaching the “de-churched,” people who might feel uncomfortable in a traditional church setting and yet are yearning for community and want to experience Christ’s love.

Since the launch of the contemporary multisite worship service in April 2017, Average attendance has grown to nearly 100 each Sunday. And they have room to grow. Their renovated facility seats 170, has several classrooms (including four devoted just to children on Sunday morning), a nursery, and plenty of parking since The Source is situated in a shopping center.

The Source’s success is a result of a very intentional move on Southern Hills’s part to reach out to a segment of the Lexington community that isn’t being spiritually served. With financial and logistical help and guidance from NCD, The Source is making a real difference.

“God just laid it all out for me, and it’s been an amazing ride. And it’s still just getting started,” said Jill Ruhl, The Source’s pastor.

Grace Kids: A Church for Children 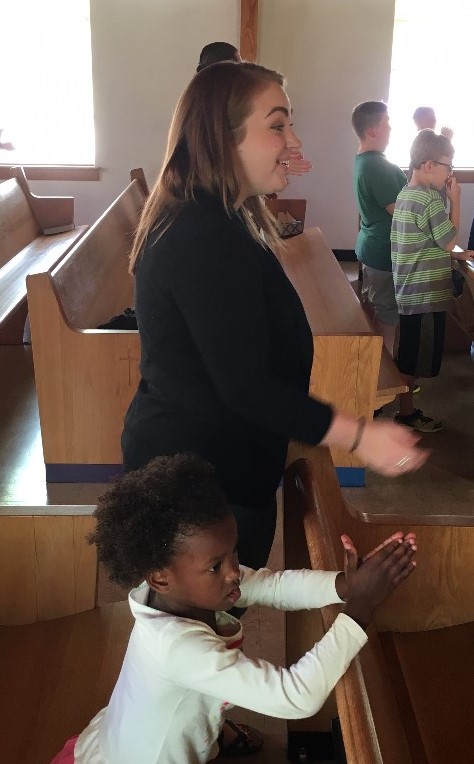 Pastor Corey Nelson and his team have seen so many children come through Grace UMC since they started ministering to their troubled southern Louisville neighborhood in 2013 that they finally took what they saw as the next logical step: They turned Grace over to the kids.

The result, which launched in September 2017, is Grace Kids: A Church for Children.

Pastor Corey went to the conference and enlisted help from his Heartland District superiors and from NCD. Such out-of-the-box thinking might be risky, but it’s just the type of thing we encourage in NCD as we try to reach new people and help those in spiritual and material need. 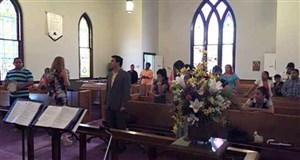 The Owensboro Hispanic Ministry now has several small groups meeting and is anticipating having small groups all over the district.